You are here: Home / General 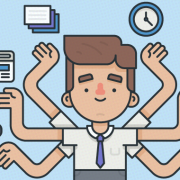 There’s always something that’s demanding your time. People and things that fill up your calendar. You’re busy, you’re in demand, and that makes you feel good. Is everything relevant though? Do you need to be in all those meetings? Could somebody else handle some of those? Does anything on your calendar for today, contribute to your end-of-year goal?

Project managers use critical path analysis all the time. It’s how they focus on what’s important, and make sure there’s no time wasted on activities that aren’t essential to moving forward. If you’re unfamiliar with it, it’s worth taking 10 minutes out of your day to learn about it. It’ll save you a lot more time and effort than 10 minutes.

Sure we’re not all project managers, but in essence it boils down to asking yourself “Is this next activity going to help achieve my end-of-year-goal?”

Just because you can add value to something doesn’t mean that you should. You’ve got a goal, there’s steps/milestones you need to achieve. Look at your calendar, and all those other demands for your attention – only do them if they’re on your critical path for success.

Try it for a week and let me know if it helps you move the needle. 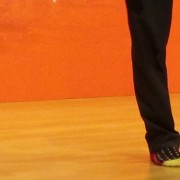 Stand out from the crowd, be memorable, be yourself – sound familiar? That advice your mum gave you on how to cope as a teenager (read: how to talk to the opposite sex), is still true when it comes to making an impression on your customers. Here’s how one speaker dominated an entire one day conference in less than 20 minutes, and some tips on how you can replicate his formula for success.

HubSpot held it’s first official event in Singapore (Grow), with speakers from their various regional offices. Interestingly the most talked about speaker wasn’t a Hubspotter, it was an external speaker, Jason Campbell from Mind Valley. His on stage presence was nothing short of mesmorizing. There’s plenty to be said for practicing to present, natural aptitude, and plenty of sales experience – however he did three things that stood out. Three things that you can incorporate into your next presentation:

He was wearing regular on-stage business attire, the waist coat was a nice touch, but the big impact came from his socks. It took a few moments to notice that he (intentionally) wasn’t wearing shoes, and then just a few seconds more for people to start taking photos. After his session lots of people were curious enough to ask him about it, and he has a great story to share about why he wears socks.

The fact that he was dressed a little unusually made him immediately memorable as “that-guy-wearing-socks-on-stage”, and the story he’ll tell you about why he wears them, ensures that you won’t forget him. Except for “business attire”, I don’t specifically remember what any of the other speakers were wearing. What do you remember about the last speaker you saw?

For most presenters it felt like they were moving through pre-prepared sales decks – albeit, very nicely. They didn’t have a single powerful message, one they really believed in, that they were communicating. Jason did, it was clear & obvious. Ignoring his skill as a speaker, his presentation used analogies everyone could relate to, and his whole presentation reinforced the same fundamental concept. Like a good comedian, he directly engaged members of the audience making his points easily relatable.

The end result was that you felt that Jason really believed what he was telling you. Which made it much easier to agree with him.

Unlike many presentations which try to technically convince people that a particular product is worth buying (which might be appropriate for some audiences), he seemed focused on evoking a specific set of emotions. Most people quite quickly forget the specifics of a presentation, especially if there’s several they have to watch, or they have other things to do. Very few people forget how they feel about something though. Think about the most recent comedy show you’ve seen…. It’s hard to remember more than one or two specific jokes, but it’s easy to remember whether you enjoyed it or came out feeling a bit “meh”…

When you’re designing your next sales pitch, presentation, or campaign, think about how you might be able to leverage some of these tips to leave your audience with a lasting impression. If you’ve got a few tricks of your own, let me know!

Apologies to those of you that received strange blog spam email from me today.

It appears that my blog was hacked, and some fake admin users posted nonsense messages. The messages were sent automatically by email to my subscribers and then to my social media accounts.

I’ve cleaned up most of the mess, and am hoping it won’t happen again. A good lesson for me, to keep my plug-in’s up-to-date (which is how I guess they got it)!