Many older web companies made their names by disrupting classic businesses, usually through cheaper pricing, but also through better service. They needed to keep their customers happy so good service was essential, most of the time they’d go the extra mile – to buy some coveted word of mouth referral.

Today that situation seems to be changing. Some of the bigger web companies seem to be slipping into the same mold of the companies they worked so hard to replace. Web companies increasingly seem to be impossible to reach, have 48 hour response times, and on the whole – are becoming hard to distinguish from their older counterparts.

As an example, one of my clients has been using Moz for over a year and a half, though not using it actively they’ve been busy collecting social data and google campaign analytics. Every so often they’d receive a notice from Moz advising that their credit card billing had a glitch, the account had been suspended & the data archived. So they’d have to un-archive everything and reset the campaigns to get back to normal.

Sounds innocuous right? It was, until they realized that they couldn’t run any reports older than a month or two. All the archived social data was inaccessible. After an email discussion with Moz support, it turns out that the data was permanently inaccessible in an archive. The support team apologised, offered a month’s free service (for the year & half of lost data), and a cat video to make everyone feel better but didn’t acknowledge the mistake or make any comments towards being able to fix the problem in the future. The video made me smile for about a minute, but my client wasn’t amused at all. They’re cancelling their subscription and are currently trying to get the rest of their data exported from Moz.

t’s not all doom & gloom though, Dropbox had the same credit card wobble (same client, same card). Rather than archiving their data and suspending the account, they sent an email advising the client that all their data was safe forever, and that the account would remain active for another 30 days. No configuration malarkey, no alarm bells. Same problem, completely different experience.

Subsequent to that Dropbox announced that it had lost some of our clients files, and in the same breath provided a years free service as compensation. When the client wrote to them about this, they acknowledged their mistake, promised not to let them down again, and provided a complimentary increase in their storage space. This didn’t cost Dropbox much at all, but their attitude and approach did an incredible amount to cement the clients decision to stay with them.

Be nice, the human touch goes a long way. Those small customer experience things that made them happy when you were small, are likely going to still keep them happy when you’re bigger. In the case of Dropbox, you don’t even actually need a human to provide a human touch, the whole interaction was automated. Just nicely worded email with a helpful customer centric approach that provides a warm fuzzy feeling of being cared for.

Both systems have large volumes of users, both provide digital services. Whilst I don’t know how many support requests they each receive, I do know which team is getting brownie points for their approach.

As proof of the pudding, here’s one more short story for you, Box received a cancellation request from one of my client’s that was switching to Google Drive. They actually called up. With a telephone! A real person?! Can you believe that? There was a fantastic conversation about what they could do to retain the business, followed by an incentive to come back to them in the future. Despite changing provider (due to cost constraints), the IT team are big Box advocates. How big? They quite emphatically told me all about their experience, and here I am writing about it as a case for what you should be doing. Nicely played. 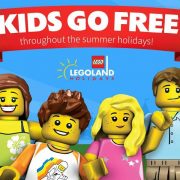 Is it obvious you don't care? 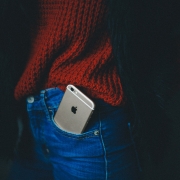 Mikaela Shannon on Unsplash Nobody remembers the specs 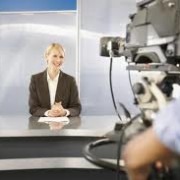 We got some publicity!... Now what?

The real cost of outdated websites